The rooms at the Thayer Hotel, where TLDG’s attendees stay, are often named after inspirational West Point graduates who have led in all areas of human endeavor around the world.

TLDG guests who stay at the Thayer Hotel can now request the Ramos room as their room of choice (subject to availability). The link below gives a summary of President Ramos' room dedication ceremony. 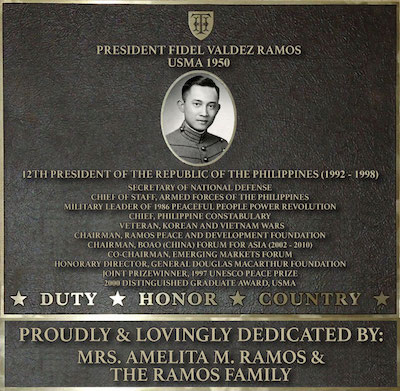