*This article was originally published by Chief Executive*

Risk comes in so many different flavors that it makes Baskin Robbins’ ice cream flavors envious. There’s risk from competitors, insider threats, hostile foreign governments, natural disasters, supply chain vulnerabilities, reputational risk, and now a nasty virus. To me, the most significant risk is that which involves human life. For any leader of an organization that puts its people in harm’s way, there can be no greater factor in decision making. In the midst of a pandemic, most leaders now find themselves in this situation to some extent. Go back to work? Stay at home? Keep the people safe and lose the business? Risk people’s health in an attempt to salvage the business? Try and find a sweet spot; if one exists at all?

Putting people in harm’s way is usually thought of in terms of war zones, but now the workplace itself can meet this definition. With this in mind, I offer the following thoughts on how to reduce and mitigate risk, based on my time as a Soldier commanding troops in combat and as the CEO of a private security company that protected US government people and property in active combat areas. 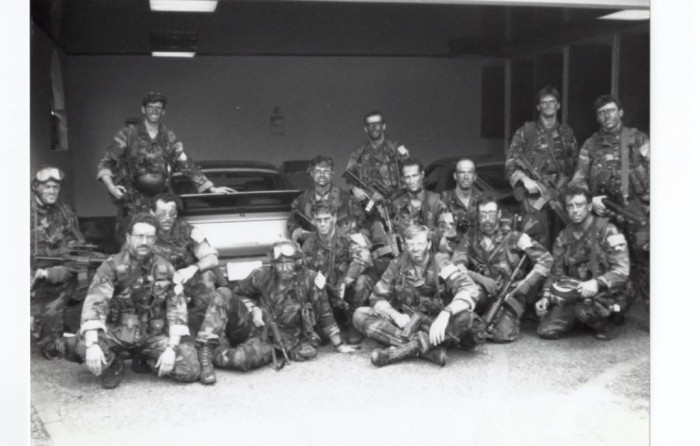 Colonel Lee Van Arsdale (then Major, first row, right) led the Delta assault troop that captured Manual Noriega, Panama’s ‘de facto’ dictator, as part of Operation Just Cause in 1989. The troop poses in front of Noreiga’s home after his capture.”

Expertise:Leadership, team building, strategic planning and execution Experience:Lee A. Van Arsdale has served as a Soldier and business executive. As a Soldier, his assignments were primarily in Special Forces, with 11 years spent in the First Special Forces Operational Detachment-Delta (Airborne). In the course of his 25-year Army career, Lee... Read More +