The Value of Staff Rides

The corporate world has adopted a technique for leader-development and team-building inspired by the U.S. Army’s staff ride.  The modern staff ride started in 1906 with a trip to the Civil War battlefield of Chickamauga by student officers from Fort Leavenworth, Kansas.  The concept was revived in the 1980s and has been an educational staple for commanders since then. For soldiers, a staff ride allows a commander and his subordinates to study the decisions and actions of historical leaders in a campaign and battle by walking over the same terrain and studying the combat that took place there to develop insights into current tactical doctrine, logistics, communications, and combat systems.  It is a systematic analysis of the site of a battle or fortification to learn about the impact of geography, weather, and human interactions on key historical events. The focus in the final analysis is on leadership as participants share a common experience while gaining different frames of reference through the eyes of an actual historical commander.

The German theorist on war, Carl von Clausewitz, wrote in On War that “War is the realm of uncertainty; three quarters of the factors on which action in war is based are wrapped in a fog of greater or lesser uncertainty.”  He therefore reasoned that “A sensitive and discriminating judgment is called for; a skilled intelligence to scent out the truth.”  That is the purpose of staff rides: to help commanders and staff officers develop their judgment and hone their intelligence so that they can lift the fog of war before they are faced with the pressures of combat or the budget cycle.  As participants walk the battlefield, they are forced to confront the realities of terrain, fatigue, and the tactical scenario.  The insights that they gain should help them ask more pointed questions about the requirements for the systems they are charged to run.  The basic fundamentals of war have not changed from ancient times, and the insights gained from earlier history still have relevance. Corporate leaders have drawn the same value from staff rides.

Thayer Leadership offers staff rides to corporate and educational groups that explore Fortress West Point and the battles at nearby Forts Clinton and Montgomery and Stony Point from the American Revolution.  Corporate Executive Officers (CEOs) and Vice Presidents conduct off-site meetings at the Thayer Hotel that use one of these staff rides to re-enforce their meetings’ themes or company objectives.  By playing roles of commanders from the American Revolution, their subordinate leaders are forced to think out of the box in the language of soldiers.  As the experiences unfold, they have discovered that command and leadership involve both art and science.  While technology changes, the art of leading soldiers and employees has a continuity through the ages.  Assessing the decisions and actions of commanders and soldiers on battlefields from the past allows present leaders to think through their own challenges away from the office and, for soldiers, without the pressure of actual combat.  For a few hours, they get to walk in another leader’s shoes to gain his experience without paying any real price. 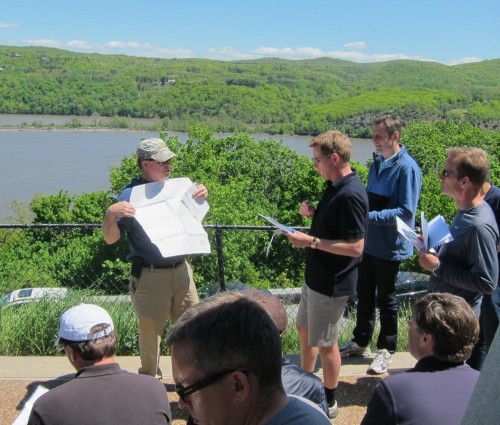 The insights or lessons learned that emerge during the After Action Review have long-term value for organizations.  In an age of e-mail and texts, participants get to experience the value to be gained from face-to-face contact, leading while walking around.  As General George Washington or New York Governor and Brigadier General George Clinton met with subordinates, they insured that they knew the mission and the commander’s intent; they could also ask questions.  They were able to take the measure of their commanders and admonish or encourage them as required.  They proved that leaders lead by example.  While text and e-mail messages are faster and bridge huge distances, they do not allow commanders to sense the intangibles made more obvious by human interaction in personal conversations.  Great commanders from Alexander the Great to George Washington to Napoleon to U.S. Grant to Dwight D. Eisenhower have relied on the power of personal leadership.

The participants in one staff ride to Forts Clinton and Montgomery near Bear Mountain Bridge decided that the rugged terrain would have made even modern satellite, cellular, and radio communications difficult, particularly for the British in the attack.  Since communications is vital to corporate and military success, leaders would have had to adapt to new, challenging circumstances.  General Henry Clinton did about as well as he could to synchronize and to coordinate the dual attacks on the two forts using the sound of musket fire as the primary signal.  Clinton was plagued by the tyranny of time and space as he divided his force for the approach marches, effectively putting them out of supporting distance as they were separated for most of the operation by Bear Mountain and Popolopen Creek.  Commanders at Forts Montgomery and Clinton depended on sight, sound, and messages from subordinates to stay abreast of the tactical situation.  They depended on what they saw and heard to make judgments.  Their orders moved only as fast as couriers could run or ride on horseback.  Military and corporate leaders today face an overwhelming volume of correspondence delivered at incredible speeds.  Their challenge is to develop systems that allow them to process the relevant information and then to prioritize what is most important so that they can make decisions that move their organizations forward.

One of the great insights that emerges from staff rides is the importance of key terrain.  Soldiers and cannons in Fort Clinton/Arnold at West Point protected the water batteries, the Great Chain, and the S-shaped curve in the Hudson River.   Fort Putnam dominated the Plain and Fort Clinton/Arnold.  Redoubt 4 over-watched Fort Putnam from Crown Hill 300 feet higher.  For soldiers the high ground has a power all its own.  The same is true in business.  Where a corporation locates a store or factory or places its product on a shelf can determine the ultimate success for the bottom line.

After four hours of walking and riding around the battlefield, participants reach conclusions about what happened in the battle or the strengths and weaknesses of fortifications.   As a part of the After Action Review, they then draw insights that will make them better leaders in their own organizations—takeaways for life.  Teams share these ideas, which can then be carried over into the later discussions of corporate challenges and programs in the off-site meeting or back to their offices around the globe.  Winning team members receive staff ride coins as a reward for teamwork and analysis. 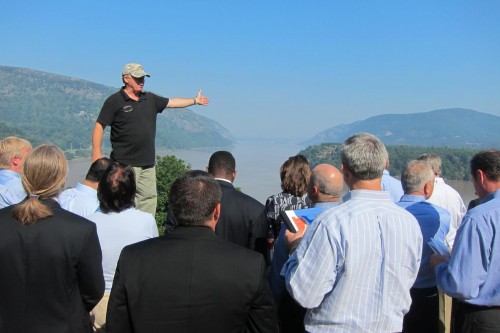 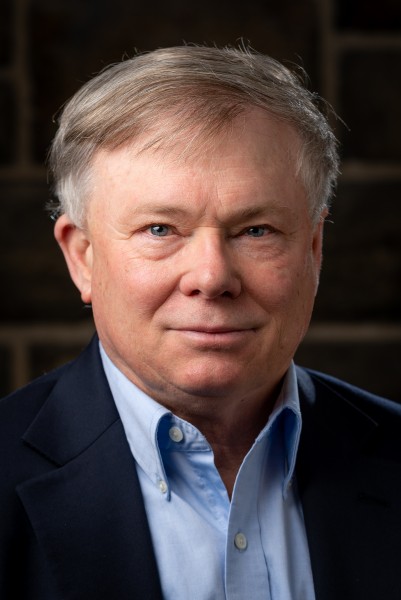 ExpertiseMilitary history, American Revolution, Hudson River Valley, staff rides ExperienceDr. Johnson has over 50 years of leadership experience with a 30-year career in the U.S. Army. He served in leadership assignments both in the U.S., Germany, and the Republic of Korea, to include teaching as a member of the History... Read More +

"Most important things leaders do: 1) accomplish the mission 2) take care of their people"
The Value of Staff Rides