Like the mythical phoenix rising from the ashes, unexpected leaders arise from unexpected circumstances.

Whether in business, the military, government, or at home, leadership opportunities are presented to us on a daily basis. Everyday life is sometimes our only preparation for meeting the daunting leadership challenges of the future. While there may be much more at stake when leading a country, an army, or a company, the everyday habits in which all of us routinely engage serve to unconsciously, almost reflexively, prepare us for how well we will ultimately execute as leaders in situations with much more on the line. It is, therefore, a good idea to always be prepared for leadership opportunities; one never knows what the future holds.

Leadership has always been difficult to quantify, but most experts agree that properly executing as a leader is a function of our DNA, the life experience we’ve accrued, and the circumstances in which we find ourselves. Ironically, projecting the performance of leaders, especially in important circumstances, is largely a fool’s errand. Past performance in just about any skill is not necessarily a predictor of future leadership greatness.

Examples on both sides of the coin abound, but two wonderful instances in which individuals judged to be totally unsuitable for the unexpected situations in which they eventually found themselves, were none other than the 18th and 33rd presidents of the United States: General Ulysses S. Grant (USMA Class of 1843), and Harry S. Truman. Virtually overnight, both were catapulted into important positions with momentous consequences requiring immediate and effective leadership, under enormous pressure. What can we learn from them?

As a young man, Harry Truman wanted to attend West Point, however, his poor eyesight prevented him from doing so. In fact, his family’s financial situation prevented him from attending any college at all. Truman’s early jobs included spending time as a mail clerk, working for a construction company, and serving as a bank clerk. While working on the family farm, Truman also spent time as an owner/operator of a small, unsuccessful mining and oil business. Consistently ineffective in business, he joined the National Guard and eventually served in WWI as an artillery officer, attaining the rank of captain. Courageous, decisive, and a natural leader, Truman did well and enjoyed his time in the Army. Following the war, he opened a men’s clothing and accessory business that folded after only a few years of operation. He then became a county politician, U.S. Senator, Vice President, and finally, our 33rd President, after Franklin Delano Roosevelt died in April 1945. With a remarkably unimpressive past, the self-admitted, reluctant president would go on to become perhaps the most courageous president in the history of the U.S.

If Truman’s early years were unremarkable, Grant’s were perhaps even more so. An unexceptional, indifferent cadet, Ulysses S. Grant graduated from the U.S. Military Academy at West Point in 1843. In his Memoirs, Grant states he wanted to become a math professor at a college, but the Mexican War got in the way. While Grant excelled in the army during the Mexican War, his subsequent years as an officer were spent in faraway military garrisons without his wife and children. He became bored, lonely, and supposedly drank excessively. He resigned from the Army in 1854. In civilian life, he was an utter failure. For the next 7 years, he was unsuccessful as a farmer, realtor, rent collector, and businessman. In the winter of 1857, he pawned his pocket watch in order to afford Christmas presents for his family. Poverty-stricken, he sold firewood on the streets of St. Louis as the initial stages of the Civil War were developing. Eventually, he gained acceptance into the Union Army, was given command, and proceeded to win every battle campaign that he fought in the Civil War--while dramatically changing the way wars are fought to this day. After Lincoln’s assassination and Johnson’s subsequent failed presidency, Grant, with no initial interest in politics, was elected as the 18th President of the United States, remarkably, only a few years after selling firewood on a street corner.

How did the two perform as leaders?

When Vice President Truman was informed by Eleanor Roosevelt that her husband, the President, had passed away, he asked Mrs. Roosevelt if there was anything he could do for her. “Oh no,” she reportedly replied. “Is there anything we can do for you; for you are the one in trouble now.” This is how Truman unceremoniously began his nearly 8 years in the White House.

When one compares Truman’s major decisions and key accomplishments with any other modern-day President, it’s difficult to overstate his profound impact on the United States and the world. Contrary to what his extremely low popularity rating might suggest as he exited public life in January of 1953 (lowest approval rating for any exiting U.S. President, including Richard M. Nixon), President Truman proved to be a dynamic and courageous leader.

When Grant was named head of the Union Army in early 1864, President Lincoln declared, “He makes things git! Where he is, things move!” Taking charge of the Army of the North, Grant methodically and decisively took control of the war. According to biographer Jean Edward Smith, in Grant, “His systematic deployment of overwhelming force not only led to victory in 1865 but established the strategic doctrine that became the basis for American triumphs in two world wars and more recently in the Persian Gulf.”

His major decisions and accomplishments as president include: avoiding war with Spain over Cuba; ending simmering hostilities with Great Britain; crushing the Ku Klux Klan; reversing long-standing efforts to displace American Indians; establishing the Civil Service Commission; weaning the country from greenback inflation and establishing the U.S. dollar as the world’s most respected medium of exchange; maintaining the separation of church and state; vetoing the Inflation Bill followed by passage of the Resumption Act; returning the country to the gold standard; and establishing the modern presidency with cabinet officers reporting to the president, a precedent for all subsequent presidents to follow. In retrospect, his steadfast dedication and contributions to black civil rights is monumental. Surprisingly, given the outcome of the Civil War, it is ironic and unfortunate that Grant was the last presidential defender of black civil rights for nearly a century. Yet, perhaps Grant’s most important contribution as President was his seminal role as the stabilizing rock that steadied the nation after eight years of war and upheaval.

While Grant was the most popular former President in the 19th century, his popularity waned considerably in the 20th century. This was at least in part due to the historical “reconstruction” of the Civil War - rewritten in the south mainly to justify the Jim Crow era and rationalize “separate but equal” policies in the south.

With their respective backgrounds and accomplishments in mind, could anyone have possibly predicted, in their respective eras, the success either of these leaders would achieve? I think it’s fairly safe to say that their successful leadership was decidedly unexpected.

Interestingly, for years both were cast by a range of historians as very mediocre Presidents - at best. And astonishingly, despite the fact that Grant never lost a campaign, some historians have minimized the importance of his leadership abilities as a factor in ultimately winning the Civil War. Regardless, neither Grant nor Truman garnered much respect for different periods of time subsequent to their respective presidencies. In fact, ironically, at an institution that takes fighting and winning wars very seriously, only recently (2019) was a statue of Grant erected at the United States Military Academy at West Point.

The relatively recent historical transformation of both Grant and Truman is not only surprisingly conspicuous but refreshing as well. The two unexpected leaders, by any measure, excelled greatly. Not only was he a steady leader as President, but Grant is arguably the greatest general to have ever served in the U.S. military; and many see Truman, with his resolute courage and common sense, as having had a greater impact on the world politic than any other modern-day U.S. President.

Possibly without fully realizing it, these men were prepared for their unlikely leadership opportunities. Both were suddenly thrust into highly pressurized situations with huge consequences for their actions, inactions, and decisions. And unexpectedly, both performed as consummate leaders far beyond anyone’s initial expectations.

Like Grant and Truman, whether in business, government, the military, or elsewhere, be ready for your opportunity to lead. It may be unexpected, and it may just be right around the corner. 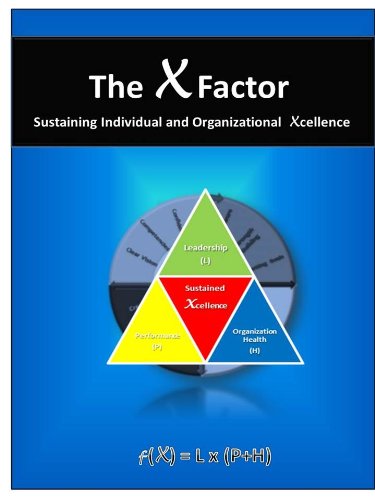