I thought I’d seen plenty of tough missions in my previous 34 years in the military before I got hit with what seemed like mission impossible:  Relocate my largely civilian workforce of 1500 from Ft Monmouth, New Jersey to Aberdeen, Maryland[1] while continuing to maintain 24x7 support to those units engaged in combat; outfitting the next units to rotate into the fight[2]; AND moving out on the Army’s Chief of Staff’s number one priority to modernize the tactical communications network.[3]  Those were just the no-fail missions we had on our plate.

Military leaders know when a mission has been handed to them that you “own” it, and in your exercise of command, you are responsible for everything that gets done or does NOT get done.  As Harry Truman said, there is no “passing the buck.”

Command:  the lawful authority over subordinates for effectively using available resources and for the planning, organizing, directing, coordinating, and controlling forces for the accomplishment of assigned missions. (JP1, page V-1)

Control:  the regulation of forces and functions to accomplish the mission in accordance with the commander’s intent. (ATTP 5-0.1)

The first survey of our workforce indicated only 15% would relocate, and many of these folks had the institutional knowledge that could not easily be replaced.  We also had to work within our current personnel authorizations to manage the new tasks that included getting our new furnishings and building in place.  What things do you address first?

Military units are organized for a purpose, but their missions can be modified.  In the years that followed 9/11, we have done that with a unified purpose.  In November 2009, I was assigned as the Program Executive Officer for Command, Control, Communication – Tactical (PEO C3T); one of 11 such organizations that provides Soldiers with the needed equipment to accomplish assigned missions.  As needs developed in combat operations, such as greater communications throughput to push data over, we responded by developing the solution or procuring it from industry.  Other needs arose and thus the cycle began of taking on tasks that came to us in non-linear ways (eg. from units in the field rather than being passed from higher headquarters).  Faced with a large loss of talented personnel, it was apparent something had to give or we risked failing in our non-negotiable missions. A strong leadership team was essential to determining which tasks were critical and which could be terminated.  Communication to the workforce became key to establishing clear intent – I was looking for opportunity to terminate WORK, not PEOPLE.  No matter how unpopular it was to hear, the workforce had to know their future work could end up being different from what they had been doing.  Change comes hard; transformational change harder. Thus, leaders need to be present, “all-in,” and transparent in their mission execution.  If you don’t get the word out, others will make up a narrative for you.  Thus began the process of analyzing our missions, functions, and tasks.

Mission: entails the tasks, together with the purpose, that clearly indicates the action to be taken and the reason therefore.  It includes the 5 Ws: who, what, when, where, and why.  Missions are typically passed from higher headquarters and are what an organization is directed to do.  (JP-1, p. I-9)

Tasks: are clearly defined actions or activities assigned to an individual or organization.  It is a specific assignment that must be done as it is imposed by an appropriate authority. (JP-1, p. I-9)

I established my Headquarters at the new duty location in Maryland rather than in New Jersey.  That sent immediate notice to the employees that the debate was over--PEO C3T was moving.  That said, our temporary office space was less than optimal, and there were legal constraints that prevented improving the aging buildings.  It was time to dig deep.  Commanders never ask a subordinate to take on a burden they aren’t willing to share; you must have “skin in the game.”  Even after 5 years, I still have members of industry and the command that laugh with me about the days of the “early re-locators” and our survival in buildings that had seemingly been un-condemned for our use.

During this same timeframe we established an ADVON, or Advanced Echelon, to assist in the transition.  We were fortunate to have a volunteer who was just the person we needed to become our leader for the transition:  retired military officer experienced in mission orders, organization staff functions, and well connected to the community.  His technical expertise was well-respected as were his people skills.  His role would not be an easy one, but he eagerly embraced being at the center of the new Operations Cell.  If you have critical tasks, put your best people on them.  Don’t take your risk where your future is.

Economy of force is a basic principle of war and provides sage guidance: allocate minimum essential combat power to secondary efforts.  Next up was determining which tasks we kept and which we shed.  I can clearly remember how stunned my staff was when they sought my initial guidance for reshaping PEO C3T.  I had never thought of myself as Draconian before, but my soft and kind words weren’t working: “optimistically we will get 30% of the current workforce to move…..so look at cutting off arms and legs to keep the body viable.”  I immediately saw slack jaws and open yet speechless mouths.  “Take each task, follow the money and determine how the mission was assigned to us. “  We had a large number of “nice to do” tasks that we had taken on to supplement other organizations.  We simply had to find a way to eliminate the lower priority tasks and allow us to re-assign those people on higher priority tasks.

I firmly believed a decade of war, concomitant stove piped funding, coupled with the need to “go fast” contributed to our team performing in a suboptimal manner.  A PEO must answer to two main “customers”:  Soldiers and taxpayers.  It was a rich environment to start looking for ways to consolidate contracts, processes, organizations, etc.  By instituting the principles in Lean Six Sigma (LSS), our personnel found it empowering to find ways to save taxpayer money and create more effective processes.  It was good for the taxpayer and even better for developing leaders with critical problem solving skills.  As the program matured, we found even greater savings by working across organizations.  A nice by-product was that our newly hired personnel and the older workforce began to bond as a team.

There are a couple of things that have gone unsaid thus far.  Leaders have a duty to create a shared vision.  This requires thinking through the problem from start to finish; knowing what your last step will be before taking the first.  It’s a plan, it will change so you have to constantly communicate it up/down/across your organization and ensure you have a date-time-stamp on it.  Transformational organizations are by their nature moving quickly but, fortunately, we have numerous ways to communicate these days:

-       Newsletters/updates, in print or online

-       “Skip Down” brown bag lunches or meeting.
Skip down three levels to determine if your message is getting out.

People like to be on winning teams.  We ended up getting an unbelievable 70% of the workforce to relocate.  We likely got some help from the sagging economy, but I believe it was ensuring our workforce understood the importance of, and their contribution to, the mission.  I glowed when one senior combat commander said to me “PEO C3T moved?  Never would have known, your support didn’t skip a beat.”

I firmly believed PEO C3T would become stronger and better during the move, and I believe we achieved that.  In fact, within a year of starting this journey, our team was awarded the Department of Defense’s highest award for Acquisition Excellence, the David Packard Award, but I’ll save those details for another blog.

[3] This consisted of multiple integrated communications and network programs valued at $3-6B annually. 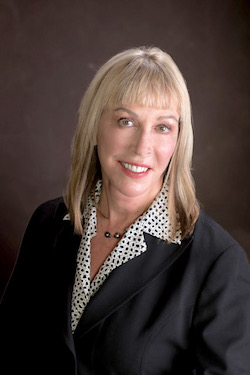 ExpertiseCyber systems, leader development, strategic planning, crisis management, diversity & inclusion, special operations, program management, and logistics ExperienceLee entered the Army in 1975 as a Private First Class when 2% of the Army workforce was female and retired over 38 years later as a Major General. Upon her retirement in... Read More +