Human beings are wonderful error detectors in many things. We know something is wrong pretty quickly but often do not see all the things that are done right in the world around us or with the people with whom we interact. The error detection way of being becomes even more pronounced as we get busier in our worlds of working and living and only have the time to attend to things that deviate from our expectations or right ways of operating. We spend our time fixing things and criticizing others, at the exclusion of a more regular and deeper appreciation and respect for all the hard work and success achieved every day by those with whom we work. Error detection can inhibit the building of effective relationships, and as Coach K suggests in his book, Leading with the Heart, “almost everything in leadership comes back to relationships.”

Building relationships characterized by trust is the “sine qua non” of effective leadership. These relationships are not built in the “error detection” mode of leading but in the mode of appreciation, gratitude, and respect that binds us to other human beings and creates a level of cooperation that is driven by trust. This behavior returns energy to others and builds a reservoir of good will that transcends simple transactions at work and creates a more transformational experience for, and relationship with, others through our leadership.

But, unfortunately, gratitude or appreciation are attributes that we don't often read about with regard to leadership. I do a lot of speaking about the importance of developing a leadership philosophy and a part of that conversation is around what leaders’ value. Integrity, loyalty, trust, and service are a few of the attributes that usually appear in lists of what leaders’ values and in their leadership philosophies. Gratitude or appreciation are not. Frankly, they are absent from many of lists I see or discussions I have.

I recently read the blog, The Bowtied Buffalo Blog written by Steve Cichon, the current news director at WBEN radio in Buffalo, NY. In the blog, written 20 years from the day he had started his work in radio, Steve recalled being a young 15-year old in high school and wanting desperately to work in radio. He wrote letters to various station managers in the Buffalo area and received only one letter in return, from WBEN program director, Kevin Keenan*. He even included, in his blog, a copy of the letter he had received from Kevin dated April 20, 1993. The blog was about the power of appreciation and an expression of his delayed gratitude to someone who had helped him 20 years earlier.

How often do we take the time to thank someone who has helped us along our journey of becoming a better person; better leader? Trust me, I have my leadership philosophy and to my regret, it does not include the mention of appreciation nor gratitude. However, I am extremely grateful to those who directly or indirectly have helped me along the way. There are a few who really stand out in my mind, so let me express some belated gratitude.

One day, my first grade teacher, Mrs. Dick, at St. Mary's in Olean, NY asked me to represent our class in a meeting after school. Boy was I shocked! Did she recognize me as someone with extraordinary leadership skills? I doubt it. Actually, I suspect it had more to do with the fact that I was a walker and didn't have to ride the bus to and from school. That was the first day I recall hearing the word leader and my name used in the same sentence. A few years later in fourth grade our Mother Superior was visiting our school, a very big deal. She had just finished her visit to our classroom, and as she was walking toward the door, she stopped, faced the class, and asked a question. "How many of you want to be President of the United States of America someday"?

Without hesitation, I shot my hand into the air along with several other classmates, however they were all boys. I was the only girl to raise her hand and there was giggling around me. Mother Superior pointed to me and asked my name. I stood up and said, "Mother Superior, my name is Maureen Keenan". She said, "Don't laugh at Maureen, someday there will be a woman President". In reflection, she totally validated me as a girl who wanted to lead. Then there was Dr. Diehl, my college swim coach. I was elected to be team captain my senior year. We did not have a team manager, so it was up to me as the team captain to get everything done before all meets, home and away: announcer, towels in the locker room, pre-meet meals in the dining hall, timers, and even insuring we have our own signs for the event made. Dr. Diehl had a checklist, and it was several pages long. By empowering me as team captain, he taught me to empower and trust my teammates to get all of the tasks done, which I could not do alone and needed to build effective relationships with my teammates in order to be successful. I believe that it was all of those leadership roles I had along the way, both big and small, that prepared me to be an officer in the United States Army.

Recently, I saw the movie 42 and I was moved to tears, as I sat and watched Jackie Robinson deal with the challenge of being the first African American to play baseball in the majors. In reflection on the film, I realized that he helped pave the way for me. Because of Jackie Robinson, I was given the opportunity to lead. So, to Mrs. Dick, Mother Superior, Dr. Diehl and yes, Jackie Robinson, I am deeply grateful and appreciative in setting the conditions that have enabled me to be my best self and lead.

To whom are you grateful for helping you along your leadership journey? Write their names down, and over the next few weeks, take the time a write a letter, send an email, or make a call and let them know you are grateful; thank them for mattering in your life. If they are no longer present, take a moment for a silent prayer or thought of gratitude, which I am sure will be heard. Let’s work hard to get the words gratitude and appreciation back into the language and behavior of leadership. I am going to pull out my leadership philosophy right now and add gratitude as a central attribute of my approach to leading!

Let’s become gratitude detectors, not error detectors, and acknowledge all the good things, often in many small ways, which are done every day by all those around us! 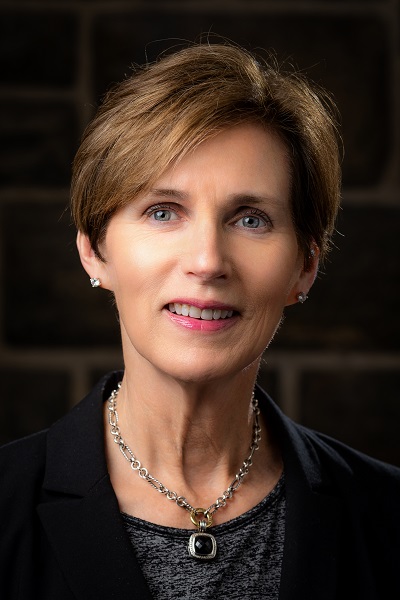 ExpertiseLeadership education and development, organizational change and culture, trust and high-performing teams, team development, executive coaching Experience Joe served for 34 years in the U.S. Army, both overseas and in the US, with 13 years on the faculty of the United States Military Academy. He was the Deputy Head of... Read More +

"The first step in developing your leadership philosophy is to determine your values—it needs to be authentic and reflect who you really are."
Becoming Gratitude Detectors: Appreciation as a core leadership attribute 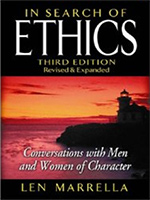