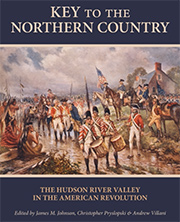 Offers nearly forty years of interdisciplinary scholarship on the Hudson River Valley’s role in the American Revolution.The Hudson River Valley, which George Washington referred to as the “Key to the Northern Country,” played a central role in the American Revolution. From 1776 to 1780, with major battles fought at Saratoga, Fort Montgomery, and Stony Point, the region was a central battleground of the Revolution. In addition, it witnessed some of the most dramatic and memorable aspects of the war, such as Benedict Arnold’s failed conspiracy at West Point, the burning of New York’s capital at Kingston, and the more than six-hundred-mile march of Washington and the Continental Army and Jean Baptiste Donatien de Vimeur, comte de Rochambeau, and his French Expeditionary Corps to Yorktown, Virginia. Compiled from essays that appeared in the Hudson Valley Regional Review and the Hudson River Valley Review, published by the Hudson River Valley Institute, the book illustrates the richly textured history of this supremely important time and place.

"Decision making is not what you decide, it is how you decide."
Colonel Heidi Graham, Ed.D.,(USA, Retired, George Washington University)
More +