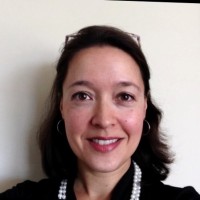 After spending a year in China studying Mandarin and Chinese law, Kristina worked for Paul Weiss Rifkind & Wharton as a corporate associate. She then went to Davis & Gilbert as a corporate associate, before opening her own law firm. While working as a sole practitioner, Kristina acted as outside general counsel for a GPS antenna company, a thermal storage solution company, a body camera company, and a radar sensor company, among others. Kristina is licensed to practice in New York and was a member of the roll of solicitors of the U.K. Law Society.