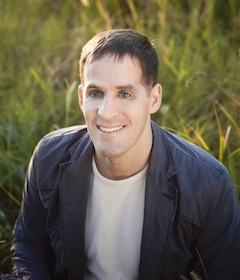 Experience:
Scotty is a graduate of the United States Military Academy (USMA). He began his career as an active duty officer. While leading his platoon overseas, Scotty came face-to-face with a suicide car bomber. That was the last thing that Scotty has seen. He woke up in the United States at Walter Reed Hospital blind and fighting for his life. Scotty not only had to learn how to live again, he also had to learn to lead. After fully recovering, Scotty became the military’s first active duty member to continue his service as a completely blind active duty officer. Scotty went on to receive a Master’s in Business Administration from Duke University and he has taught at USMA. Scotty commanded a 250-person company. In this role, he used his skills and abilities to lead his team through dire circumstances and adapt to much change. Scotty retired from active duty and now works in the financial industry.

Scholarly Work/Publications/Awards:
Scotty received two Bronze Stars, a Purple Heart, Combat Infantryman’s Badge, Ranger Tab, Airborne Badge, and Combat Diver Qualification Badge. Scotty received several civilian recognitions while serving, such as the Military Times Soldier of the Year Award in 2007, 2008 ESPY as the World’s Best Outdoor Athlete, New York’s Father of the Year Award in 2010, the Christopher Award in 2011, and the Louis Braille Award also in 2011. In 2010, he authored and published Hope Unseen, which chronicles his journey post- injury. Scotty holds an Honorary Ph.D. from Mount Saint Mary College in Newburg, New York. Since retiring, Scotty received the Patriot of Hope Award in Beverly Hills in 2018.

Personal:
Scotty is married to his high school sweetheart, Tiffany Smiley, and they have three boys: Grady, Graham and Baylor.