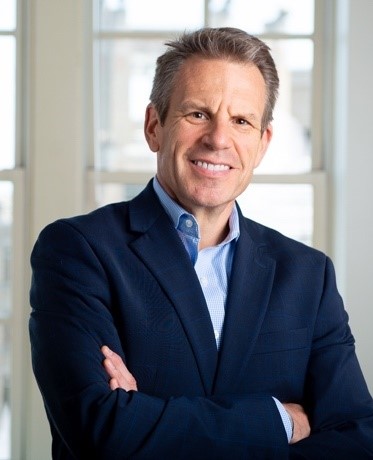 Experience
Rich is a 1985 graduate of the United States Military Academy at West Point. He was commissioned in the U.S. Army as a second lieutenant in the Infantry. His first assignment was with the 82nd Airborne Division at Fort Bragg, NC, where he served in a variety of leadership positions. While at the 82nd, he was accepted into the Army’s highly competitive Funded Legal Education Program. In 1993, he graduated from the University of Virginia Law School with a Juris Doctor degree and entered the Army’s Judge Advocate General’s Corps.

As a judge advocate, Rich served in a number of critical legal advisor and leadership positions, to include several with special operations units such as the 1st Special Operational Detachment-Delta (Airborne) and the Joint Special Operations Command (JSOC). He has multiple combat deployments to both Iraq and Afghanistan, to include 13 months as the chief legal advisor for the senior U.S. and NATO commander, General Stan McChrystal, and all U.S. and NATO forces in Afghanistan. While in Afghanistan, he was directly responsible for leading two legal officers of hand-selected senior legal advisors, to include coalition officers, as well as being responsible for the entire cadre of military attorneys deployed throughout the combat theater. Rich was also the senior legal advisor for US Central Command (CENTCOM), the combatant command responsible for the entire Middle East, where he advised the commander, General Jim Mattis, and his staff. While at CENTCOM, Rich led a large and diverse team of military professionals and civilian lawyers responsible for all legal advice in two active theaters of war, counter- terrorism operations, and maritime operations. Rich culminated his military career serving 4 years as the chief legal counsel to the Chairman of the Joint Chiefs of Staff (CJCS), General Marty Dempsey. Rich led not only the Joint Staff legal office but was also responsible for the technical supervision of the geographically-dispersed military and civilian lawyers in the Department’s nine Combatant Commands.

While the Legal Counsel to the CJCS, Rich was the senior military member of the interagency lawyers’ group, which advised the National Security Council and cabinet-level officials on critical national security issues. He testified at multiple hearings and briefings for Congressional oversight committees, to include the Senate Armed Services Committee and the House Armed Services Committee, on a wide range of defense topics, to include counterterrorism, legal authorities, and sexual assault. The Pentagon Press Corps often requested interviews with him for critical background information on military law and national security law.

Rich retired from the United States Army on January 1st, 2016, after over 301⁄2 years of service. He is currently the general counsel for Janus Global Operations LLC, an international integrated stability operations company. Prior to that, he was a partner at a Northern Virginia/DC area law firm, where he focused on government contracts, federal investigations, and business law. Rich is also a Distinguished Fellow at the University of Virginia Law School’s Center for National Security Law and a Senior Fellow at Columbia Law School. He is on the Board of Directors for three nonprofit organizations.

Rich is a sought-after public speaker, having spoken at several national and international conferences and speaking engagements. He has given lectures, taught classes, and participated in panels at several law schools, to include Harvard, Yale, the University of Virginia, Columbia University, Georgetown, and Vanderbilt.