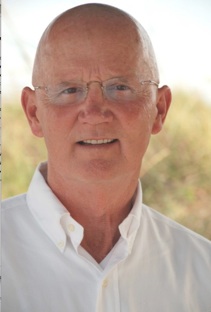 Experience:
General Grubbs has more than five decades of leadership experience in the United States Army, academe, and as a business owner. His military assignments include two Vietnam tours as a combat engineer platoon leader, company commander (twice), and battalion operations officer with the 173d Airborne Brigade and the 23d Infantry Division. Other foreign service includes assignments in Okinawa and as a staff officer with the United Nations Command in Korea. While commanding the 5th Battalion, 3d Brigade, at Ft. Dix, New Jersey, he was selected to the permanent military faculty at the United States Military Academy. In 1991 General Grubbs was named Professor and Head of the Department of Geography and Environmental Engineering. Following retirement from the United States Army, he served as Chairman of the Department of Civil and Environmental Engineering, Associate Dean of Engineering, and Associate Senior Vice President for Academic Affairs at Tulane University. In 2006 General Grubbs founded his own construction consulting company in Charlotte, North Carolina.

Scholarly Work/Publications/Awards:
Among his many publications are the leadership book Leadership: Taking the High Road (2015); a 50-year history of the Joint Communications Support Element (JCSE), The Voice Heard Around the World (2012); many articles addressing environmental security, cultural awareness, and technical engineering topics; and, because of his observations of the human condition, a trilogy of mysteries (Bad Intentions, 2007, The Dryline, 2012, and Shiny Side Down, 2015). In 1998 General Grubbs received the Silver Order of the de Fleury Medal for ‘inspirational leadership to the United States Army Corps of Engineers.’ As a member of the Tulane University faculty, he received the 1999 Tulane Award for Excellence in Undergraduate Teaching, and the 2006 Society of Tulane Engineers and Lee H. Johnson Award for teaching excellence. He also received Tulane’s Karlem Reiss Award for community service. He is a distinguished graduate of the Naval Command and Staff College, Newport, Rhode Island. His military awards include the Distinguished Service Medal, Bronze Star Medal (with oak leaf cluster), the Air Medal (with 3 oak leaf clusters), and, as an enlisted soldier, the Good Conduct Medal. He has also been received the Combat Infantryman’s Badge (CIB), the Army Ranger Tab, and the Senior Parachutist Badge.

Personal:
He is married to the former Judith Priscilla Schultz of Bangor, Pennsylvania. They have three beautiful daughters, seven wonderful granddaughters, and a grandson appropriately named Jack.

A Legacy of Leadership: Who is Fritz Kroesen?