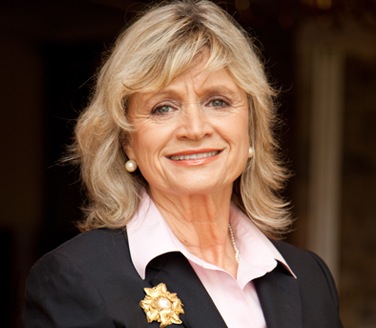 Experience:
Dr. Blakeslee worked as a Project Manager for the Revolutionary War Supply Trail Preservation at West Point, NY (2009-2011); working in conjunction with the garrison commander to preserve, research and document the Revolutionary Supply Trail and Kosciuszko’s Garden at West Point. She was also the Chair of the Mass Communications Department at Piedmont College, GA (1998 – 2008). As a tenured professor and president of the faculty, she developed the Mass Communications Program from its inception, including curriculum development and faculty management and established partnerships with national media companies. She was Executive Liaison for the Department of Defense in Fort Gordon, GA (1994 – 1997). There she was appointed by the Secretary of the Army to coordinate both civilian and military activities at The Center For Total Access, the telecommunications healthcare test-bed for the Army. As Executive, she was responsible for assessing emerging technologies for use by the military medical corps. She also managed simulated battlefield medical recovery exercises. From 1992-1994, she was the Director at the Institute for Telemedicine at the Center for the New West in Denver, CO. She served as the Director of the Institute for Telemedicine and Senior Fellow for Telecommunications Applications there. Funded by major US corporations, the Center served as the management headquarters for the National Information Infrastructure Test-bed (NIIT). In Denver, she also served as Senior Executive of the US West, Denver, CO (1986 – 1992) where she was responsible for the executive leadership development program at this Fortune 50 telecommunications company.

Dr. Blakeslee was the Vice President of Operations and Administration at the US West Financial Services where she oversaw the management of all operational and administrative sectors of this subsidiary, responsible for $18 billion in assets. She was also the Executive Director at the National Commission on Work Place Learning in Washington D.C. As a loaned US West executive to the U.S. Secretary of Labor, she coordinated efforts of executives from 30 companies serving on this national commission. In Seattle Washington, Dr. Blakeslee was the President and Chief Executive Officer of US WEST Network Systems where she was responsible for the development of complex information technology management systems for large corporate networks.