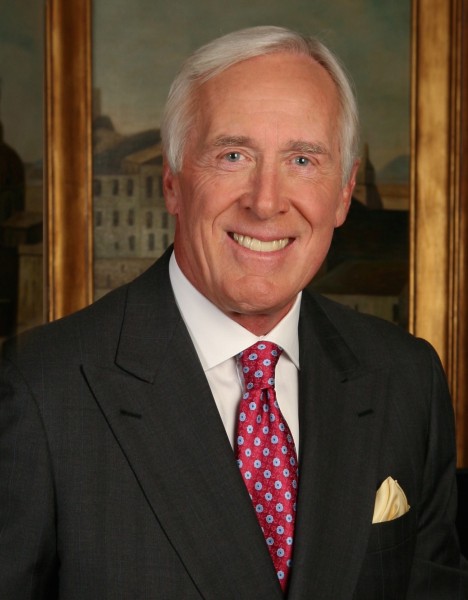 
Pete Dawkins is a Founder and Senior Partner of Flintlock Capital Asset Management, LLC – a Commodities hedge fund. A 1959 graduate of West Point, Pete served for 24 years in the U.S. Army.  During his military career, he commanded a company in the 82 nd Airborne Division, led a battalion in Korea, taught at West Point, was a White House Fellow, and served as Military Assistant to the Deputy Secretary of Defense.  After serving in Korea, he commanded the 3rd Brigade of the 101st Airborne Division, and was promoted to Brigadier General in 1981.

Pete holds numerous military awards and decorations, including the Distinguished Service Medal, the Legion of Merit with Oak Leaf Cluster, the Bronze Star for Valor with Oak Leaf Cluster, and three Vietnamese Gallantry Crosses.  At West Point, Pete was First Captain of the Corps of Cadets, President of the Class of 1959, Captain of Army’s undefeated football team and an All-American halfback.  He won the Heisman Trophy as the nation’s outstanding college football player.  Selected as a Rhodes Scholar, Pete studied at Oxford University, and later received a Master’s degree and a Ph.D. from the Woodrow Wilson School at Princeton University.

In 1983, following his career in the Army, Pete entered the world of business.  He joined Lehman Brothers as head of the firm's Public Finance banking business, where he led a 3-year initiative focused on providing creative financing to meet the need to overhaul a significant portion of the physical infrastructure throughout the country.

After running in 1988 as the Republican candidate for the U.S. Senate in New Jersey, Pete moved to Bain and Company – a Boston-based strategy consulting firm – where he became head of the U.S. consulting business.  In 1991, he was recruited by Sandy Weill to become Chairman and CEO of Primerica Financial Services, where Pete assumed the high-profile role of the recently departed founder, and led the company for the next 5 years. Following that, Pete held a series of executive positions in what became Citigroup.  He served as Vice Chairman and EVP of Travelers Insurance, then Vice Chairman of the Citigroup Private Bank and, finally, as Vice Chairman of Citigroup Global Wealth Management. Pete remains active in a variety of corporate, community and philanthropic roles.  His listing of Board service includes Iridium Communications, Inc; Olatec; the Wharton Business School’s Center for Leadership and Change Management; and he is the U.S. Chairman of the American Kuwaiti Alliance.  He has also served on the boards of the Intrepid Museum; the Secretary of Defense Policy Board; and the Boards of Trustees of the United States Military Academy, Hampton-Sydney College,  Emory University Business School, and the Johns Hopkins School of Public Health.