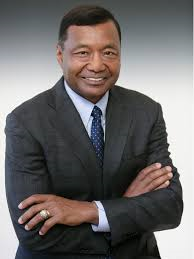 EXPERIENCE:
Tom graduated from the United States Military Academy in 1978. He served as the 53rd Chief of Engineers and Commanding General of the U.S. Army Corps of Engineers.   Tom also served as the Deputy Chief of Staff, for Personnel; Commanding General, U.S. Army Recruiting Command; and Assistant Division Commander-Maneuver, then Assistant Division Commander-Support of the 1st Cavalry Division.  Tom deployed with the Division in support of Operation Iraqi Freedom before commanding the Army Corps of Engineers Gulf Region Division.

Tom has served as an Associate Professor of Mechanical Engineering at West Point and was a White House Fellow (WHF), working as a special assistant, Secretary of Veterans Affairs.  Tom has been selected as a member of the National Academy of Engineering (NAE), the National Academy of Construction, and the George Washington University School of Engineering and Applied Science Hall of Fame.  He most recently served as the Chief Operating Officer and President of Intrexon Bioengineering at Intrexon Corporation, a publicly-traded company.

SCHOLARLY WORK/PUBLICATIONS/AWARDS:
Tom has received many awards and honors.  Some of those include: the WHF Legacy of Leadership Award; ASCE Opal Award for Government Service; ASCE Distinguished Member (Highest Honor); Black Engineer of the Year Award; and an Honorary Doctorate from Tuskegee University where he provided the 2014 commencement address.