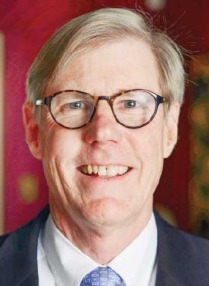 Experience
Barney spent 35 years on active duty in the United States Army, serving in command and staff positions before returning to West Point’s Department of Behavioral Sciences and Leadership in 1984 as an Academy Professor. In 1991, he was promoted to Professor of Psychology and Leadership and in 1996 he was appointed Professor, USMA, and Vice Dean for Education, a position he held until his retirement in 2005. Upon retirement, he was advanced to Brigadier General.

Barney’s service at West Point focused on leadership education and leader development. He supervised the core and electives courses in leadership, designed and taught in the Eisenhower Graduate Program in Leader Development, consulted on West Point’s Cadet Leader Development System, advised the LA Police Department and the Bangladesh Military Academy, and conducted several major leadership research projects as Director of the Center for Leadership and Organizations Research. In 2003, he led an international team that wrote the concept plan for the National Military Academy of Afghanistan.

Upon his retirement from the Army, Barney was selected to be the Senior Vice President and Dean of Faculty at Westminster College in Missouri, and in February 2008, he was appointed Westminster’s 20thPresident, where he served until his retirement in 2015. While at Westminster, Barney put theory into practice by integrating leadership and character development with organizational effectiveness across the institution. Through his experience as President and CEO of a private liberal arts college, he gained practical insights into the challenges of executive leadership in a sector of society that is experiencing enormous disturbance, increased competition, and profound change.

Scholarly Work/Publications/Awards
Barney studies the leader in the leadership equation--leader knowledge, skill, identity, and character. He has over forty publications and presentations on such topics as on-the-job leader development in organizations, practical intelligence for leadership, and leader identity development. He received three awards for research from the Division on Education in the Professions of the American Educational Research Association. His military awards include the Distinguished Service Medal, the Legion of Merit, and the Meritorious Service Medal. In 2011, he was honored with the Missourian Award for outstanding contributions in the areas of business, civic leadership, and the arts. In 2015, he was named one of Fifty Missourians You Should Know by Ingram’s, the Kansas City Business Magazine.

VUCA Leadership: A Guide to Surviving and Thriving in Chaotic Times