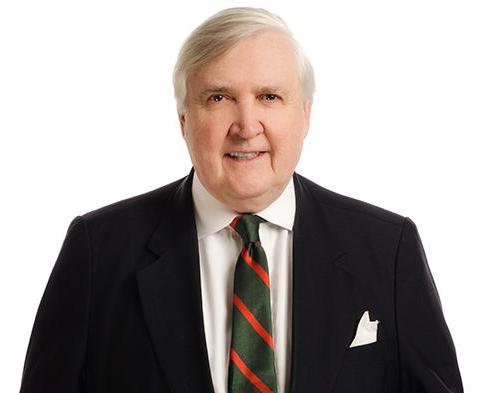 The Honorable Eugene Sullivan
(USMA 1964)
Former Chief Justice of the U.S. Court of Appeals for the Armed Forces


Eugene R. Sullivan is a Senior Federal Judge in Washington D.C. with over 16 years of appellate experience. Nominated by President Reagan and confirmed by the Senate, Judge Sullivan was installed as a Federal Judge in 1986. In 1990, President Bush named him the Chief Judge of the U.S. Court of Appeals (AF). In 2002, he was elevated to Senior Status (ret.). Judge Sullivan currently is a senior partner in Freeh Group International (FGI) and in the D.C. Law firm of Freeh, Sporkin & Sullivan.

Born in St. Louis, Missouri, Judge Sullivan graduated fromthe United States Military Academy, where he was a member of the Cadet Honor Committee and the varsity lacrosse team. Following graduation, he served in the Army for 5 years and qualified as a tanker, an Airborne Ranger, a Ranger Instructor, and a Jumpmaster. He was awarded the Bronze Star, the Air Medal and other decorations in Vietnam. Judge Sullivan was inducted into the U.S. Army Ranger Hall of Fame.

After the Army, Judge Sullivan graduated from Georgetown University Law Center, serving as an editor of the Georgetown Law Journal in his senior year. After law school Judge Sullivan clerked for Chief Judge M.C. Matthes of the U.S. Court of Appeals (8th Circuit) and worked for the Patton Boggs
law firm in Washington, D.C. Judge Sullivan served in the White House on the legal defense team of President Nixon during the Watergate investigation in 1974. From 1974 to 1982, he was a trial attorney in the U.S. Department of Justice, Washington, D.C.

From 1982 until he became a Federal Judge in 1986, Judge Sullivan served in the Pentagon as the General Counsel of the U.S. Air Force after serving initially as the Deputy General Counsel. From 1982 until 1986, Judge Sullivan was the General Counsel of the National Reconnaissance Office (“NRO”-a then super-secret US satellite intelligence agency). In addition, in 1984-1986, he served as the Governor of Wake Island (the U.S. possession in the Pacific). In 1988 and 1989, Judge Sullivan served on
the Federal Commission to review the West Point Honor Code. He is a Trustee Emeritus and the founding Chair of the Ethics Committee of the West Point Board of Trustees (Association of Graduates) and serves on the Executive Board of the Duke Law School Center for Law, Ethics and
National Security.

Judge Sullivan has given many lectures on American law to visiting international judges and lawyers. For many years, he was the chair of three annual conferences: the International JudicialConference (Criminal Law), the Great Debate (a debate on judicial reform) between the USA and England, and the International Diplomatic Conference. During his career in promoting the rule of law, Judge Sullivan has been awarded the Medal of Justice from Romania, the First Class Medal of Defense from Hungary, the Defense Minister’s Citation of Merit from the Republic of China, an honorary Doctor of Law degree from New England School of Law, the Air Force Exceptional Civilian Service Medal, the Medal for Distinguished Public Service from the U.S. Department of Defense, and the 2001 Castle Award from the West Point Society (DC). The Castle Award is given to one West Point graduate each year. Judge Sullivan is a recipient of the Ellis Island Medal of Honor.

He has two published novels, both political thrillers: The Majority Rules (2005) & The Report to the Judiciary (2008) and is the Chair of the Judging Panel for the annual International Impac Dublin Literary Award (100,000 Euros for a single work of fiction).