The winning company CEOs will be honored on September 24, 2019, at the 2019 CEO Talent Summit, co-hosted by Chief Executive and Thayer Leader Development Group at West Point, NY.

The award, presented by Chief Executive magazine and Thayer Leader Development Group at West Point, is part of an ongoing effort to raise awareness of best practices among America’s corporate leaders when it comes to helping military veterans and their families.

The Patriots in Business award—presented to categories of large enterprises (greater than $1B annual revenue), medium-sized businesses ($10M-$1B annual revenue) and small businesses (less than $10M annual revenue)—recognizes outstanding businesses that lead our nation in supporting active duty military members, veterans and their families and exemplify the U.S. Military Academy values of Duty, Honor and Country through their business practices and throughout their community and industry.

“Throughout my career, I’ve continually leveraged my resources towards assisting in the transition of service members into the corporate world while ensuring their families have the networks they need to be empowered and successful,” Frank Bisignano, President, Chief Operating Officer and a irector of Fiserv, Inc. “We know the companies that hire them or help them start their businesses are better off for their connection to the military community—through talent, through mission-driven team members and through the determination they bring forged in service. Military families give so much to serve our nation, and Fiserv is proud to salute their service.”

“We are honored to receive this award and to see the growing number of employers who recognize how valuable veterans are in the workplace,” said Colby Barrett, CEO of GeoStabilization International. “I truly believe that with every veteran hire, our company gets better. The values of the veteran community, particularly their dedication to a mission of service, are vital to the work we do. Mitigating dangerous geohazards and protecting the traveling public requires a unique set of skills and a deep level of dedication. Our veterans bring this type of work ethic to every job site, every single day. We are grateful to have them as employees.”

“At JDog Brands, we create real business and employment opportunities for veterans and their families nationwide,” said Army Veteran Jerry Flanagan, CEO of JDog Brands. “Even after they’ve completed their military service, veterans crave a mission, a way to serve and the camaraderie that comes with the military. We match veterans’ needs and skills with a franchise environment in which they can thrive. We’re thankful to Chief Executive and Thayer for this opportunity to spread our mission and, ultimately, support even more veterans in their transition and beyond.”

These three companies rose to the top of a highly competitive, nationwide judging process in which a panel of Thayer veterans affairs experts and CEOs with military backgrounds assessed each nominated company on their efforts to make hiring veterans and military spouses a priority; to train and retain veterans, National Guard and Reserve and their spouses; and to promote awareness and support of veterans initiatives.

The judges for the Patriots In Business Award included 2018 honorees Chance Mims, CEO of Academy Securities, Paul Huszar, CEO of VetCor, Jason Kamiya, SVP for Diversity and Inclusion at USAA, and Carol Eggert, SVP, Military and Veteran Affairs at Comcast, as well as Nick Pinchuk, CEO of Snap-on, a veteran of the U.S. Army.

“Through the Patriots in Business Award, each year, we are able to celebrate the companies that are leading the way in veterans and military spouse support. It’s fantastic to see the breadth of initiatives and programs developed by each company, which serve as shining examples to other companies across the nation who seek to better support veterans and military families,” said Dan Rice, President of Thayer Leader Development Group. 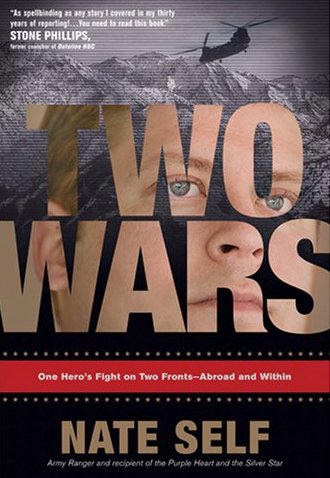