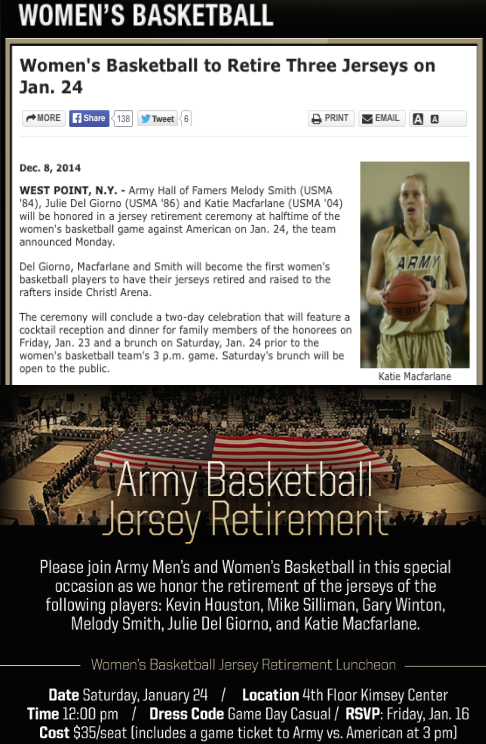 Katie graduated from the United States Military Academy at West Point with a Bachelor of Science degree in Psychology in 2004. While at the academy, Katie was a basketball player and two-time team co-captain, who received honors as the 2004 Patriot League Women’s Basketball Player of the Year. She is also the Army Women’s Basketball All- Time Leading Scorer and Rebounder.

In 2005, Katie decided to assume a more traditional Army career in the 101st Airborne Division (Air Assault), Fort Campbell, KY. As a Military Intelligence Officer, her operational assignments included combat deployments in support of Operations Iraqi Freedom and Enduring Freedom (Afghanistan). In 2011, Katie was inducted into the West Point Sports Hall of Fame.

Katie separated from the Army in December 2012 after eight years of service. She immediately transitioned into the civilian sector and joined a Silicon Valley venture capital firm where she built out a network of Military Veterans and assisted Veterans transition into the Technology sector. She is extremely passionate about telling the Army story and helping organizations recognize Military Veteran talent.

Katie married a 2003 West Point graduate, Major Chris Graves, who currently teaches in the Department of Civil & Mechanical Engineering. Katie is completing the second year of her MBA program, enjoying quality time with her husband and their beautiful daughter, and helping build leaders at TLDG.