Since 1976, the United States has observed February as Black History Month, to recognize the achievements of Black men and women and celebrate their integral role in U.S. history. Thayer Leadership joins the celebration by inviting you to read an excerpt from Thayer President, Dan Rice’s book, West Point Leadership Profiles of Courage. This excerpt highlights the history and bios of Black West Point graduates who are national heroes, leaders, and trailblazers. Here are a couple of the featured individuals as well as some of their accomplishments. We hope you are inspired by reading their amazing stories.

The first Black graduate of West Point was Henry O. Flipper, who was born a slave in Thomasville, Georgia and graduated from the U.S. Military Academy at West Point in 1877. His courage and tenacity in the face of immense adversity while a cadet at West Point paved the road for future Black graduates. The first Black female graduate by order of merit was Pat Locke in 1980, who we are honored to have as a faculty member at Thayer. Her story is inspiring – she survived the race riots of Detroit while growing up poor in the projects as a little girl, enlisted in the Army, and then was accepted and graduated from West Point to serve as an Air Defense Officer. The momentum of Black leaders from West Point comes full circle with the recent selection of General Lloyd Austin, Class of 1975, as the first African American to serve as U.S. Defense Secretary under President Biden. Coincidentally, like Henry O. Flipper, he hails from Thomasville, Georgia.

Read more about the inspiring stories of Black West Point graduates in this excerpt from West Point Leadership Profiles of Courage. 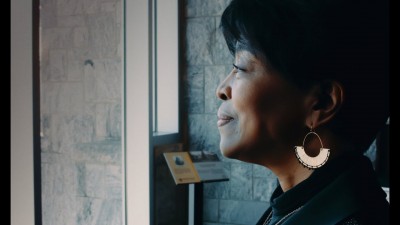 Pat Locke was the first Black female graduate, by order of merit, from West Point. Image credit: The Heritage Foundation